Veteran journalist Abdulkadir Ali Bollay looks back at the importance of 26 June and 1 July in Somali history.

It gives me immeasurable joy to congratulate my Somali compatriots around the world, on the fifty-seventh anniversary of both 26 June 1960—when the former Protectorate gained independence from the British—and the first of July of the same year, when also becoming independent, the ex-Italian colony united with the former to form the new republic.

The first of July is a noteworthy date, of considerable historical significance. On this day, the flag of the Italian colonial power was lowered in the south and the Somali flag ceremonially hoisted in its place. 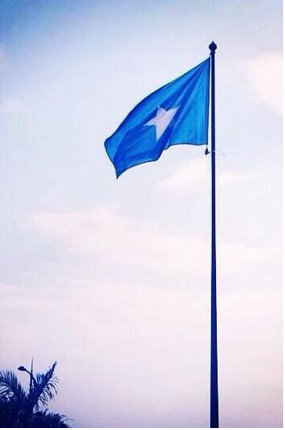 This date’s prominence of place in the Somali psyche is in no way diminished by the many divisions that have afflicted the body politic since and which sadly hamstring the worthy cause of Pan-Somalism.

We ask God to grant peace and serenity to the heroes and heroines, who having devoted both toil and wealth to the independence struggle, have gone before and that He grants health and prosperity to those who remain. We pray that the hardship be alleviated from those who suffer it and that enmity and discord is replaced by peace.

The independence struggle was a long and arduous journey, with many precious souls dedicating themselves to the cause. Gobanimaddu waa geed ku baxa dhiiga dadweynaha—Sovereignty was like a tree, whose founding seed was the blood of the people. It is therefore unfortunate that that legacy should be harmed by the misguided efforts of those who do not value and appreciate peace.

By good fortune, now we see indications that suggest there is light at the end of the tunnel and that recovery from the events of the civil war will be possible soon enough. The clearest sign that the Somali people are looking to the future full of hope came with the recent election of Mohamed Abdullahi ‘Farmaajo’ [in February 2017], on the back of widespread popular support.

This new administration is exerting great effort in trying to secure reconciliation among the people. To this end, I suggest that they appoint an expert committee, tasked with steering the ship out of the enmity and disunity that currently prevails.

True unity is central to preserving the viability of Somali statehood. It endows the polity with capability and legitimacy to act while its opposite, disunity, brings only ignominy and disarray. It is for that reason that the government should pool all its power in achieving genuine reconciliation, which will allow the Somali people—who are brothers and sisters—to overcome the suspicions that have crept up between them and keep them divided. If the government succeeds in achieving this noble aim, it is my belief that they will be commemorated in the annals of history.

As we know, 26 June 1960 was the day on which the Protectorate achieved independence from the British, before it was followed days later in this transition from imperial domination by the former Italian colony to the south. On 1 July 1960, north and south joined to form the republic.

Somalis, at home and abroad, should give this day its due and commemorate it. This is made all the more urgent by the fact that the Somali youth, who were born and raised in the diaspora, have little appreciation for the great worth of this date.

The people of the Protectorate had decided to unite with their brethren in the south. Historically, the northerners always desired and strove for pan-Somalism. Testament to this was the demand of the northerner elders in 1946, asking that the British unite all five of the Somali territories. They repeated the same demand the following year, calling on the British to play a leading role in uniting the Somali lands and to grant them independence.

One can call to mind the petition submitted by the journalist Uurdooh (“Uurdoox”), stating that 90 percent of Somalis were in agreement that they should be granted independence and that the five Somali territories be united. This demand seemed logical at the time, since, for much of the 1940s, the British controlled four of these territories and could have negotiated with the French about the territory under their possession with the hope of uniting it with the others. 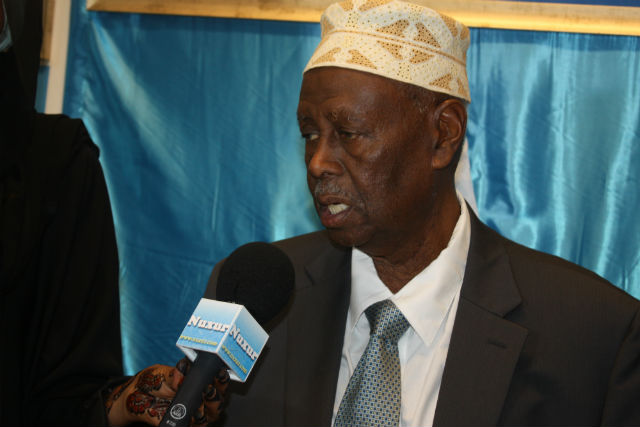 Once again, I congratulate all the Somali people, wherever they may be in the world, on this auspicious day, wishing them felicity and prosperity. I pray that God will restore the honour and dignity of the Somali nation and allow us to celebrate yet another first of July next year, in all good health and happiness.

Abdulkadir Ali Bollay (above) was born in Mogadishu in 1930. In 1952, he went to Italy on a scholarship, where he studied for a degree in social affairs and journalism. From 1956 to 1959, he was Somalia’s representative to the International Labour Organisation in Geneva. In 1961, he joined the newly-established Ministry of Information where he edited the official government papers, firstly the Italian-language daily Corriere della Somalia until 1969 and later its successor, the Somali-language Xiddigta Oktoobar between 1969 and 1979. Between 1980 and 1990, he was the deputy mayor of Mogadishu. He now resides in London and can be reached at bollay@hotmail.com.

This article, an abridged rendition of an article originally prepared in Somali,  was translated by the Editor.